Site progress as of November, 2022
View More Construction Updates
Connect with Us × 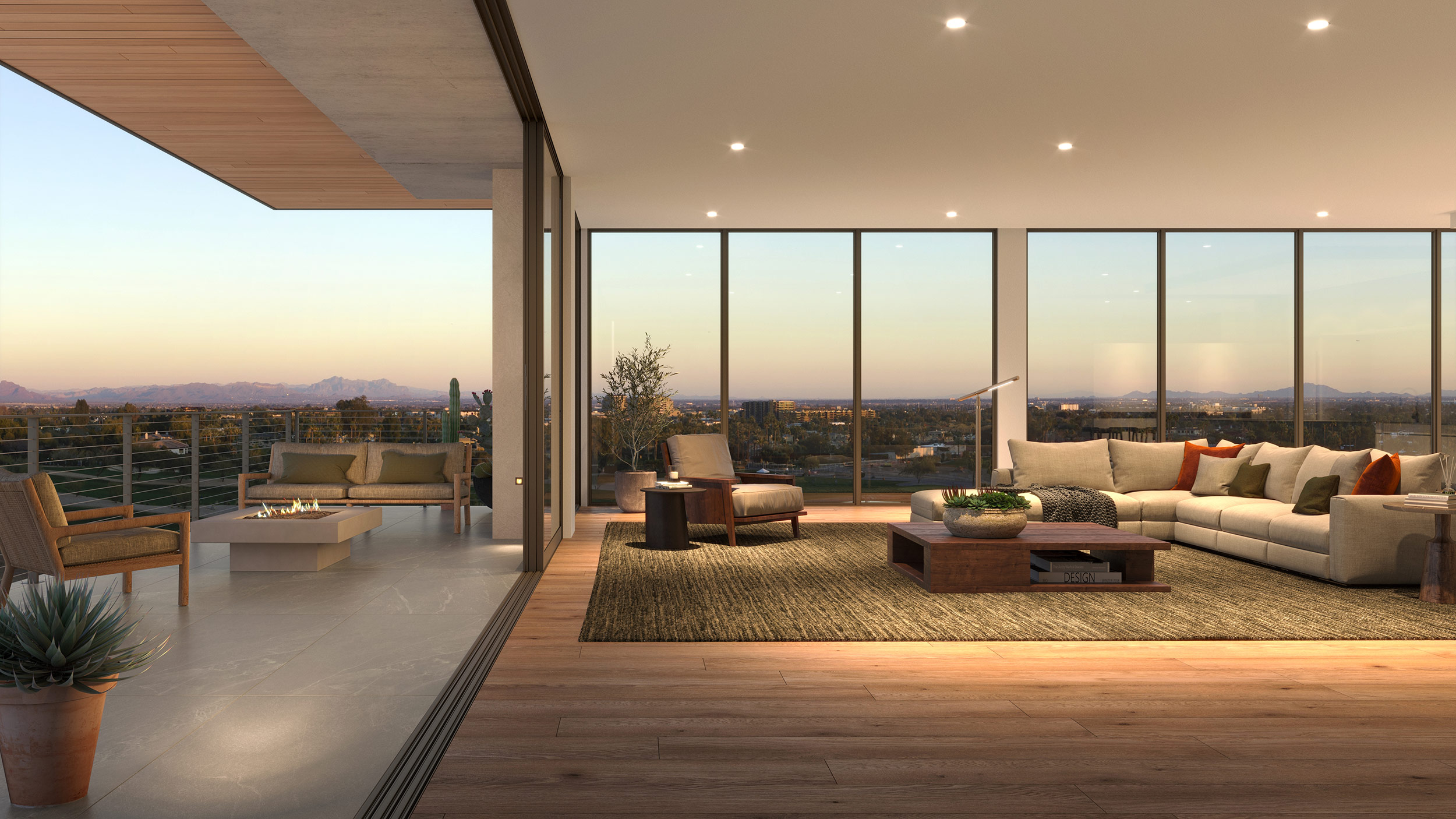 Ascent at The Phoenician Takes Luxury Living to New Heights

Nearly a century ago, the desert surrounding Arizona’s Camelback Mountain was known as a mecca for sun-seekers, who often spent weeks at a time enjoying golf, horseback riding and swimming at the small inns and guest lodges that dotted the base of the dromedary-shaped landmark.

In the late 1970s, a group of Canadian investors envisioned a luxurious resort, set on several hundred acres that ramble between Phoenix and Scottsdale along the mountain’s southeastern slopes. The Phoenician resort and spa opened to much luxury living acclaim in 1988, welcoming guests from around the world to its 600-plus rooms and suites, numerous restaurants, golf course, lounges and pools.

Today, another mecca for sun-seekers rises at the edge of Camelback Mountain, also brought forth by Canadian visionaries. Ascent at The Phoenician, developed by Replay Destinations, is introducing 40 luxury living condominium residences—set to break ground in fall 2021—following the early sales success of its golf villas, introduced earlier this year.

Ascent came to be when The Phoenician recently deaccessioned a nine-hole golf course. “We are the master developers of this gated, 25-acre community,” explains Todd Patrick, Replay Destinations’ vice president of sales and marketing. “Part of it will include single-family homes built by Cullum Homes and the rest will be the luxury living golf villas and condominiums.”

Replay Destinations is no newcomer when it comes to developing residential properties in coveted vacation locations. The Vancouver, British Columbia-based company traces its heritage to Intrawest, best known as the developers of the Whistler-Blackcomb and Copper Mountain ski resorts. “Today, we do interesting, niche projects at sought-after destinations,” says Patrick. “We have projects in Sonoma, Hawaii, Park City and the Caribbean.”

Though Ascent at The Phoenician was designed to appeal to those seeking a seasonal getaway, Patrick points out that a good portion of the early sales of both the luxury living golf villas and condos have been from local buyers, including those seeking to downsize and have worry-free ownership.

And there’s plenty to find appealing about those new condominiums. The design team includes Arizona’s Nelsen Partners architects, interior designers Vallone Design and Floor Associates for the landscape. Kitchens will be fitted with Bulthaup cabinetry and a Sub-Zero, Wolf, and Cove appliance package, while the spa-like bathrooms will feature plumbing fixtures by Waterworks.

Two color palettes are available, as is the ability to transform the den into a wine room or home office. “The condos are also designed for entertaining,” says Patrick, “with glass walls that open up onto patios and balconies for outdoor living.”

Additionally, owners will have access to the Mountain Club, a private club with a pool, fitness facilities, social spaces and a demonstration kitchen. Luxury living residents can stroll through a cactus garden to get to The Phoenician, with all of its resort offerings, and can opt to join The Phoenician Amenity Access Program, which includes access to the resort’s pools and fitness rooms, plus preferred pricing for golf, spa, meals and other services.

The condominium residences will range from one-bedroom-plus-den to three-bedroom-plus-den floor plans, with current prices set from $1.5 million to $5 million USD. Joe Bushong and Leslie Jenkins of Russ Lyon Sotheby’s International Realty are the listing agents.

“Everyone knows The Phoenician,” says Patrick. “It’s amazing how many people have stayed there since the 1980s. “With Ascent, owners can enjoy luxury living in this revered location and have those dramatic views of the city lights and Camelback Mountain every day.” 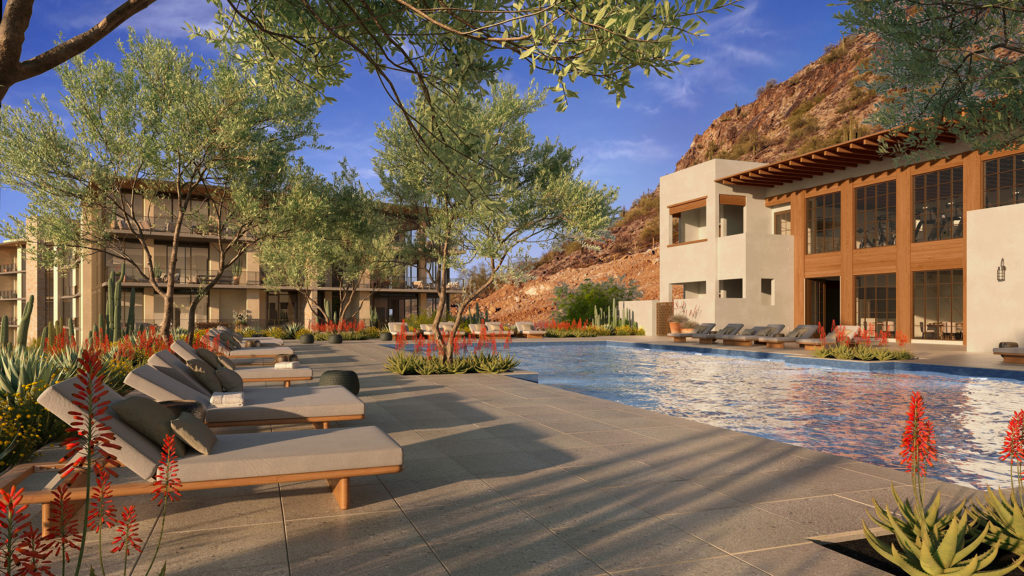 Ascent at The Phoenician Condos For Sale
READ NEXT 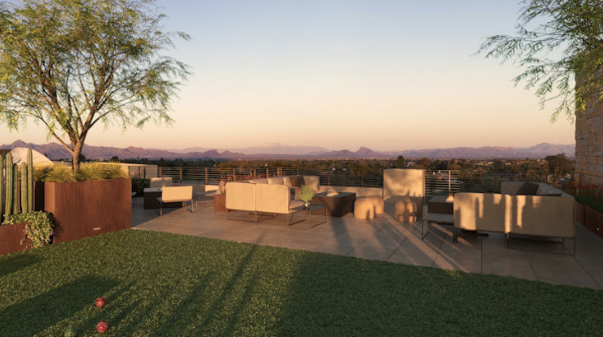 Ascent at The Phoenician Unveils Design for The Summit Rooftop Terrace